What is your role at IllFonic?
The official title that was placed upon me is Lead Animator. I wish to eventually change it to a more formal title. So on Slack, I titled myself the Lead Animator of Feels, which was inspired by Lucas Pederson, who is our Lead Engineer of Feels. Although I have no idea what that means, it feels right in my soul. My hopes are that all titles at IllFonic eventually end with the words "of Feels".

How long have you been working for IllFonic now?
I was fortunate enough to begin (and IllFonic was kind enough to take me on) in April of 2010. That was just a few months before I graduated from a private art college. So as of the date of this interview, I've been supplying animations for IllFonic for a little more than 12.5 years. 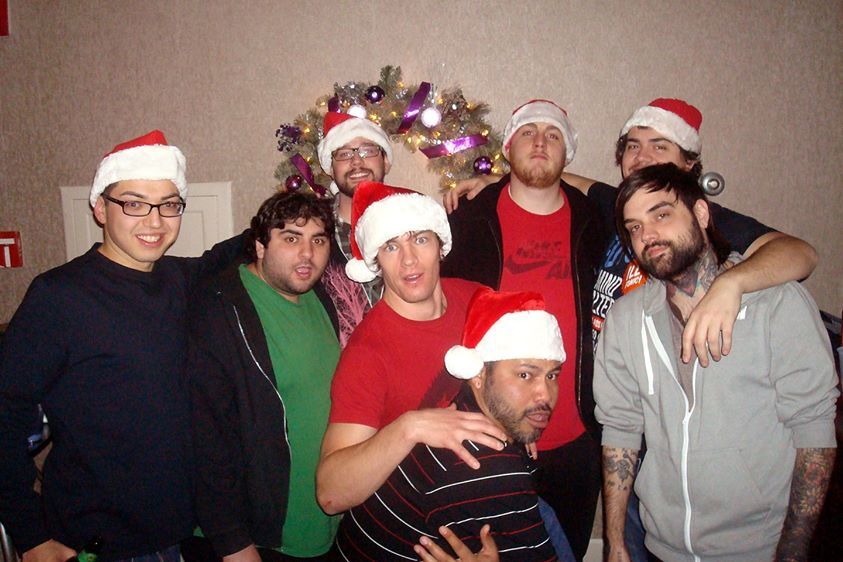 How would you explain to someone what an animator does exactly?
The word "Animate" means "bring to life," and as animators, that is exactly what we attempt to do. I very often describe 3D animation as digital puppeteering. When the animation department receives a character mesh from the art department, the character is often standing with straight arms, straight legs, and a dead, expressionless face. They look stiff and soul-less. Using magical tools such as Autodesk's Maya and Motion Builder, we are able to throw in some bones, add a skin modifier, set up some controls, and eventually make the character's mesh move throughout time. That all may sound really simple but to make a character's actions appear believable, or to bring a character to life, is a difficult undertaking.

Aside from having an actual baby, animation is the strangest form of energy transference that I've ever encountered. So much thought, effort, and time is sacrificed from the animator and put into the screen. If the game character looks alive, that's because the animator gave a lot of their life to make it so.

What else is particularly challenging for the video game animator?
Truthfully, it's all a challenge. From conceptualizing a good animation idea that will not only look appealing but also properly sell the intention behind the action, to gathering good quality references, to getting the animation to play properly in the editor and blend well with all other animations, much difficulty exists.

However, the most common challenges always seem to be related to departmental cross-communication. The animation department is wedged in-between art and tech, with audio and FX patiently waiting, and the design department looming overhead. Finding a good balance of what wants to be displayed in the animation and what animation will actually work in the game engine with all other things considered, is the natural endeavor.

I must say that the greatest challenge, although uncommon, has been due to certain things just not working after spending hours checking every aspect of every file involved. It really feels like the gods of technology are out to get you during those times. The proper protocol in those rare instances, is to keep narrowing your search, remain clueless, freak out a little, take a break, try again, freak out a lot, cry physical tears, and eventually just beg someone for help. What's funny is the solution has almost always been either a complete restart of the process, someone else's fresh perception, or some helpful code submitted by a forgiving and friendly engineer.

What would you tell people who are looking for an animation job in the game industry?
There are two big pieces of general advice that I often give to anyone that wants to start anew with anything, animation included.

The first piece of advice is to always do your best. There is often a lot of power to cliché statements like that, when the advice is properly executed, and the excuse of "That's so cliché" is omitted. A person can feel when they are giving it everything they've got. They research, ask questions, and go on adventures they haven't gone on before. They push their mind, body, and spirit, beyond their comfort zone all for the discovery of new knowledge. There will always be a challenge to overcome and more truth to be sought. And it is a very rewarding experience to overcome an extremely difficult obstacle. Typically with the conquering of each new challenge, a lot of truth will be learned, and being honest with yourself holds the greatest truth to be discovered.

The second piece of advice is to practice "X" everyday. Of course the individual needs to solve for what "X" actually is. Whatever it is, whether animating a character or throwing a football, you're naturally gonna suck at it your first time. So if you want to be okay, you have to practice. And if you want to be great, you have to practice everyday. No excuses. Practicing for many hours a day is best, but even if it's the worst day ever, just putting in a couple minutes will make a big difference in the long run. Sometimes solving for "X" is the most difficult part. You may try "Y" or "Z" for a while and feel like it was a waste of time, but with each new experience comes new knowledge, skills, and XP.

The simple truth is, if you want to be an animator, you have to animate... a lot. Even if you don't have a computer, sketch 2D animations on paper until you can get your hands on a keyboard. Just start small. Suck for a while. Make mistakes. Gather better tools and more experience through patience and diligence. And eventually suck a little less. There is always improvement to be made.

Do you have a story of an example where you made a big mistake that you're willing to share?
I make mistakes all the time. Face-palming myself feels like my most often played emote in real life. For example, there was one time early on in my career where I stayed up nearly all night prior to an important deadline, because I had manually and incorrectly exported hundreds of animations that had the wrong settings applied. I didn't realize my error until I had imported them into the editor many hours later. That was when I discovered that I forgot to check a box during the export process rendering all of the manually exported animations useless.

Such a huge rookie mistake that was. It's funny the way problems are approached when you're young, confident, tired, lack proper resources, and are extremely ignorant. When you don't have the proper tools, you must find another way, and I was going about it the only way that I knew how. It all would have been fine if I just checked my work and tested frequently. We now have tool programmers that assist in automating a lot of those processes, but I'm glad that I learned a lot of the lessons that I've learned the hard way.

Do you have any other advice that you'd like to share?
As one who personally wishes to accomplish way too much with zero time, I have a few pieces of advice that may help others when creating or working on a new passion project: 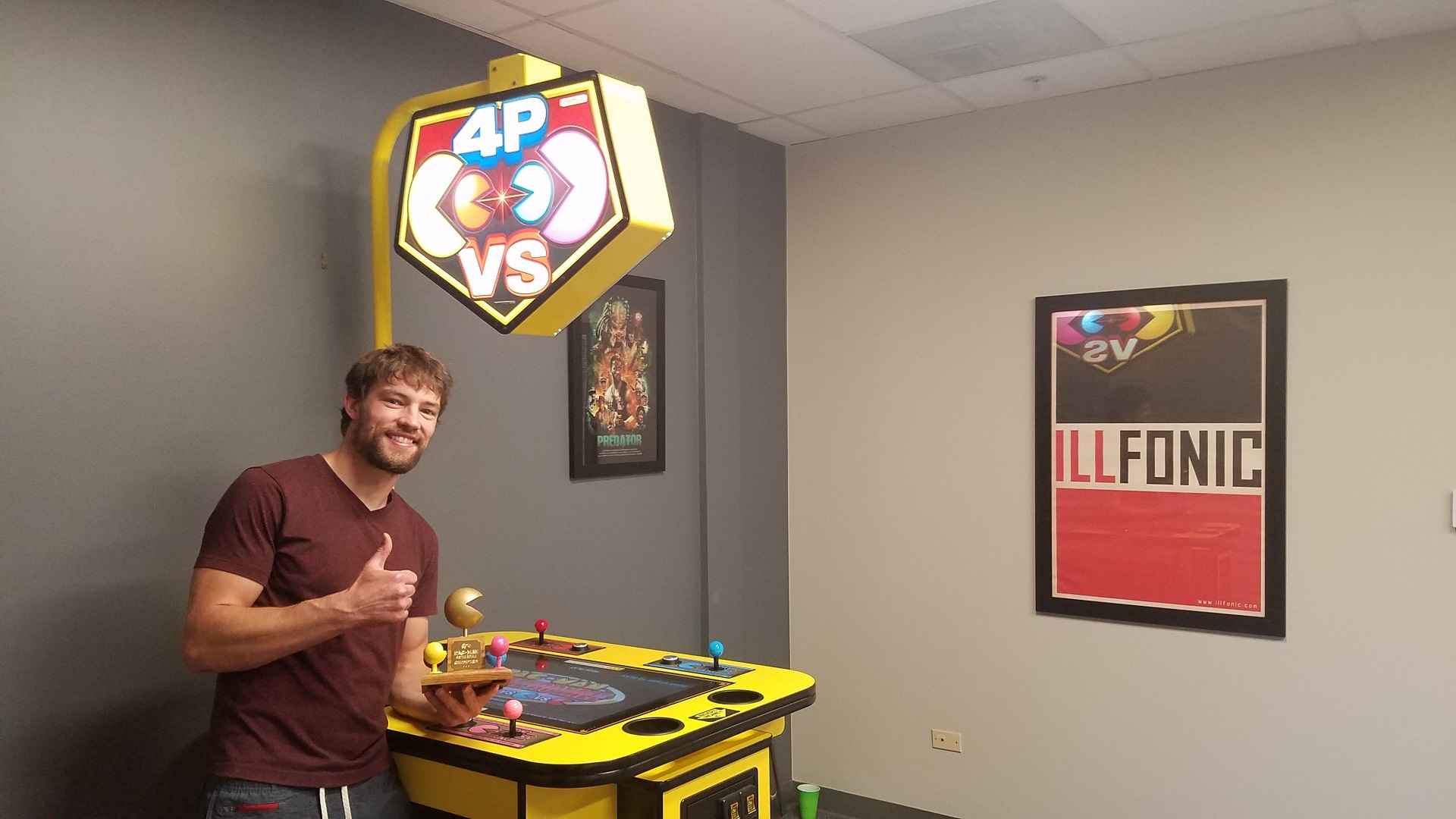 Are there any closing statements you would like to make?
Making a video game is extremely difficult and this is especially true during the final few months to a year. It all becomes worth it though when people from all around the planet are playing, laughing, and screaming with joy over a product that you helped bring into existence. Working hard, practicing consistently, and doing the best with the resources available, are great habits that will lead to much personal growth and fulfillment. I believe this is the reason why it's such a rewarding experience to work for a great company like IllFonic. Meeting and working with these devs has been a great pleasure and an honor. I appreciate you allowing me the time to share my feelings.