Hello, my name is Charles (Chuck) Brungardt and I’m the CEO of IllFonic.

What’s it like being the big boss of IllFonic?

It’s a lot of fun but also has its challenges. Either way it’s very rewarding work. We all work hard here putting a lot into our games but we also put a lot of effort making IllFonic a great place to work.

Before IllFonic, what did you do?

I was a recording and mix engineer working in the music industry in Los Angeles.

What gave you the idea of starting a video game company?

Something I always wanted to do my entire life was to run a video game company. I learned to program when I was younger and read a lot of Game Developer magazine to try to learn game development techniques.

I helped out with some coding on mod teams when I was in high school and then took a bit of a career turn in college moving into music. During high school I interned at a couple of business-to-business type web companies following my mentor to his own startup as a part time engineer. I got a little burnt out on full stack development and moved into the music industry in LA. It was there while working with Raphael Saadiq, one of the artists he was working with at the time, had someone come over to show him a prototype of a game they were working on that this artist starred in. It really brought a lot back in terms of missing development and modding and I remember mentioning to Raphael we could do something like that ourselves. Later on Raphael, along with a couple of other people, really helped us get started based on an idea we had. I think it was naïve to think we could easily achieve what this company did for this artist, but I think being naïve is what made us jump head first into starting IllFonic.

The crazy part is my engineering mentor that I used to work for in high school and college had a buddy that was an industry veteran. He introduced us and I showed him a prototype we did as a Unreal Tournament 3 mod and that one introduction ended up being our most important as he introduced us to an attorney in the industry who ended up being the one who made a majority of our introductions to everyone in the game industry. Crazy how life works out! 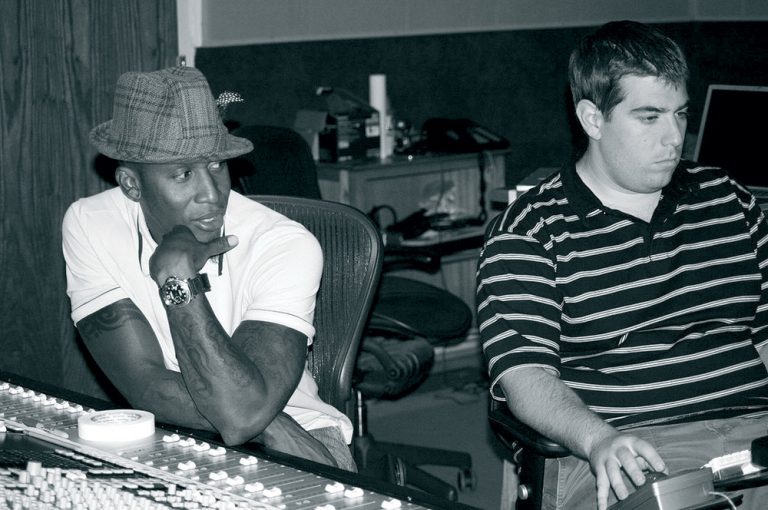 How did you get the studio started?

I was working out of Raphael Saadiq’s studio and when we had downtime I was finding people who could model via the internet. I felt if I could just get help with the art and creating the environments I could do the coding. We pulled together a very small amount of money via family and friends and also from music engineering gigs I had that allowed us to get enough decent art down to make a prototype. There was some art I found on a website that really hit the style of the game we were making. I connected with the site owner and he started freelancing. He to this day is our Art Director, Cole Gray but he made introductions to other friends he had at the current studio he was working fulltime for in Denver, CO. Some of them down the line, including our Head of Technology, Paul Jackson, ended up really liking what we worked on and when I was able to raise enough money to hire a few people full time they came and joined.

I remember seeing Xbox Live Arcade and it just really inspired me. Everything in the game industry was moving to bigger and bigger budgets with larger teams and I knew stepping into the industry would be almost impossible, especially having no professional experience prior. XBLA was an opening we needed that made everything feel a lot more realistic and we just kept pushing. Eventually we had a prototype that was catching some eyes of the industry but we also felt the idea was going to be a hard sell to get a publisher to full fund. It was on the upper end of XBLA budgets so we ended up working on another title that got the attention of publishers and that’s what really led to the start of the studio.

The video game industry has really expanded these past years. Did you expect this and how do you feel about this?

I’d say I did expect the industry to continue to be successful year over year but the direction games and technology has moved is constantly changing but very exciting. It’s been amazing to watch how the industry is expanding and constantly evolving.

It can be tricky as a developer because games can take a long time to make. Your idea at the time might be exactly what the industry needs at that time but could be in a whole different direction when you finish development 2 or 3 years later. You always have to keep an eye on the industry and how it’s moving so you can stay on the forefront of game development ideas.

IllFonic has moved offices many times since its inception. Which location has been your favorite or most memorable?

I’d say my favorite is our new Colorado office which we haven’t really been able to use outside of the server room due to COVID, but it’s a great layout and setup. The most memorable was the office location above a nightclub. When working late, especially on weekends, it was fun to watch all the chaos going on outside. It was a good place when we were all younger and a smaller team but it wouldn’t fit our lifestyle these days.

IllFonic has also expanded to more offices. What’s it like having a team in three different states?

It’s great! Pre-COVID I always enjoyed going to the different offices and also enjoying those cities as well. It also allows us great access to talent in the different locations. Unfortunately we opened our Austin office not too long before COVID hit so we really only went there once before we had an office and I actually never saw that office. Got to meet some of the team though which was great. It wasn’t the easiest process working on a project with people in different locations but we had a couple of years to figure it out which gave us a nice advantage when everyone shifted to a full Work From Home lifestyle. 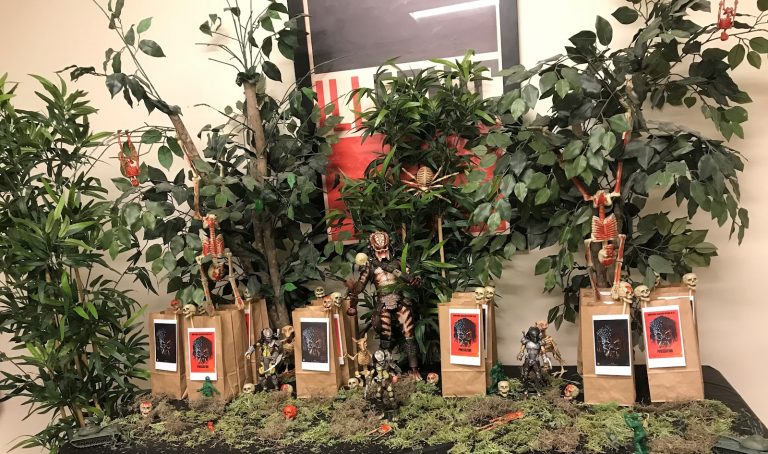 What’s your favorite part about working with the team?

Watching the team come up with ideas and solve problems together. Everyday we face new challenges and the team just constantly impresses me with the work they do. It’s super rewarding!

There are so many… Haha! But probably best to keep them to ourselves.

What’s the best thing about being the CEO?

I’d say the excitement of the team when a game starts coming together. Game development is very hard work and results aren’t immediate. You have to trust the game idea and the team executing it for a while before you can see if it’s working. Once you hit that point it’s one of the best feelings to watch the excitement of accomplishment from the team. Those are those moments I think we all live for.

How have you been able to keep IllFonic on track with a game launch and several DLC launches through everything that’s been happening lately?

Yes we have! It wasn’t easy or without bumps transitioning the entire company to work from home but we had an advantage since we are already three different groups of people all working together on the same projects. Each location works across our multiple projects so it’s not just one project per location. It really helps to build a one team mentality but also gave us an advantage when transitioning fully to everyone working from home.

Is there any advice you would like to give to people thinking about getting started in the video game industry?

Just jump right in, find the area of game development you like best and feel you can accelerate in and don’t give up! There are so many tools available right now. Unreal Engine 4 is available online for everyone to download and play with including the source code. There are also a ton of tutorials online both free and paid that can help teach someone the basics to game development. No matter what area of development you choose, build a site that shows off the work you have done. This is the best way to notice when you apply for an internship or entry level job in the game industry. 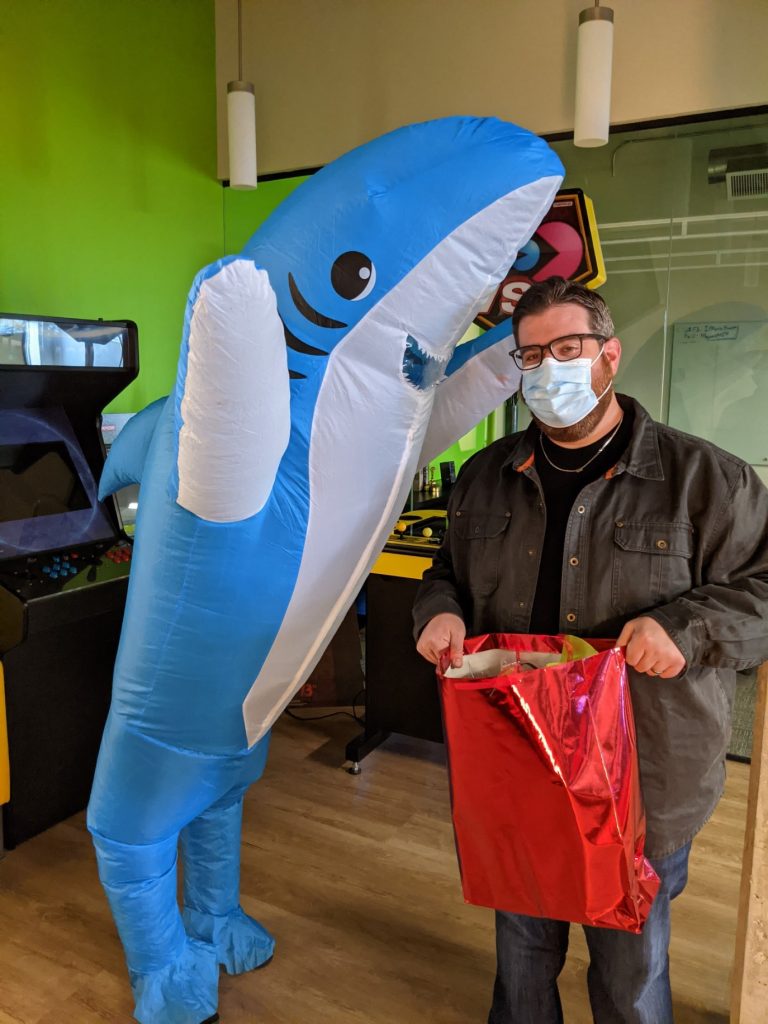