Adam Zeller is a 33 year old photographer from Salt Lake City. He also helps manage avpgalaxy.net, one of the longest running Alien and Predator fan-sites.

Hi Adam! Thanks so much for taking the time to talk with us about your role in the community and the art you create! Well, first things first. Would you be able to tell us a little about yourself and how you became involved in the community?

Thanks for inviting me to talk some Predator and Photography! As far back as the Kenner toys I had an interest in Predator. I remember visiting the now defunct KB Toys in my local mall as a kid and wondering who were these intergalactic hunters that were fighting these Aliens I was into? After that I played a few of the AvP games, then when I reached my teen years I watched the films and have been a fan ever since!

I became involved in the online community Alien vs. Predator Galaxy from my interest in Monolith’s Aliens vs. Predator 2 PC game, as well as the growing hype for the Alien vs. Predator film at the time. A bit later I helped moderate our forum, then in 2013 I became more involved on the site staff, joining the podcast as a regular co-host along with long-time site administrator Aaron Percival. 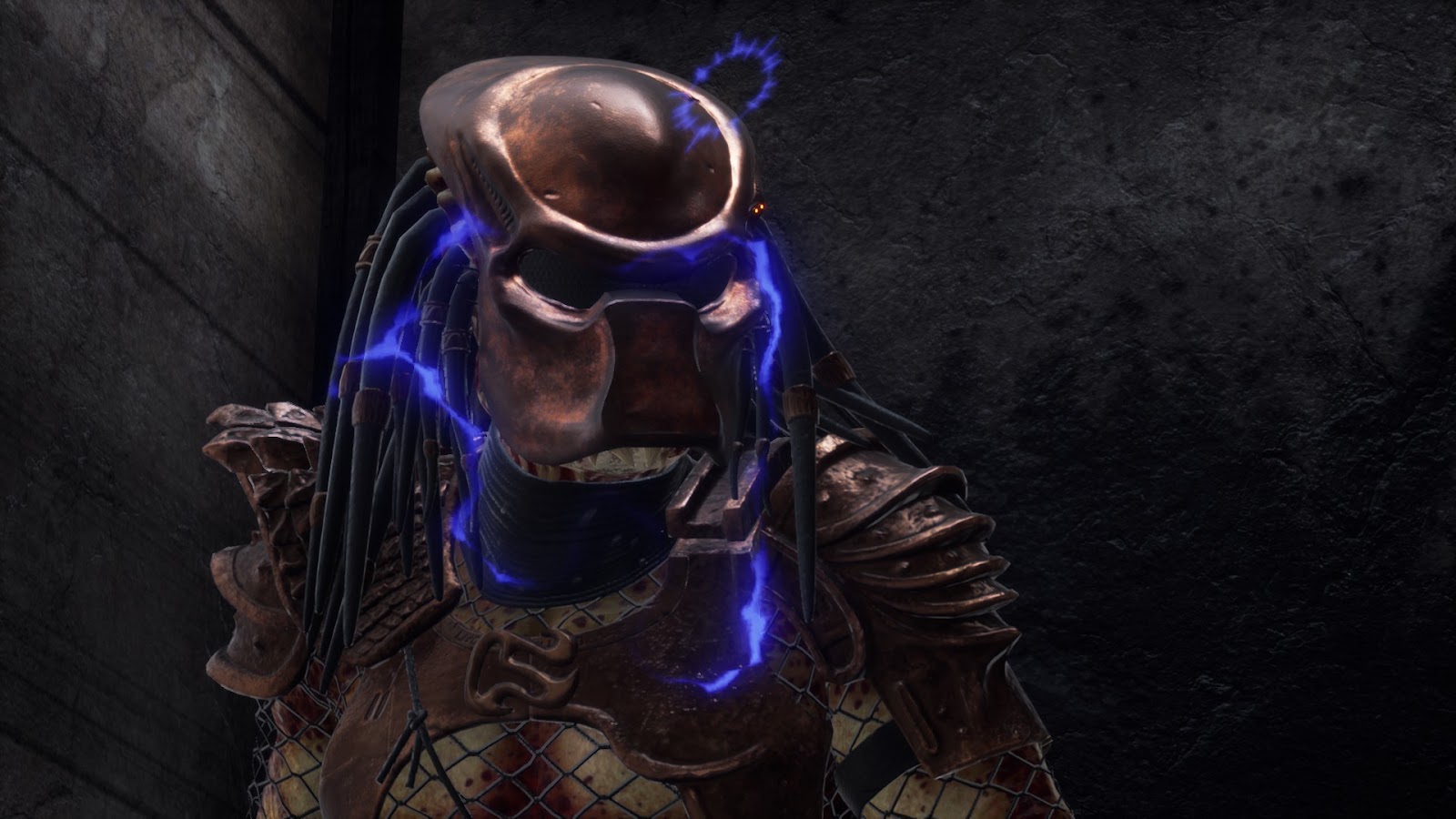 So, what wowed us a lot here at IllFonic have been some of the screenshots you’ve been taking and sharing on social medIa. Plus you’re a pretty awesome contributor over at AVPGalaxy.net. It’s also National Photography Day and it’s obvious to us that you have an eye for this art. How did you get to be so darn good at setting up and taking these photos?

I’m glad you’ve enjoyed the shots! Honestly seeing the reaction from IllFonic has been awesome and I’m glad I can get creative in this fantastic looking game you all have put together (Thanks for letting us disable the HUD!). One of the reasons I love virtual photography is that developers get to view their own art and hard work presented in new and creative ways.

I’m actually a photographer in the real world as well, so that helps! After my first photo class at Utah Valley University in 2011, I continued on through their Bachelor of Fine Arts program with photography as my major.

Virtual photography is a more recent interest, but as with anything creative it all comes down to practice. One of my favorite quotes I’ve held on to is from my first photography instructor:

“If you don’t know how to do something, you haven’t done it enough.” 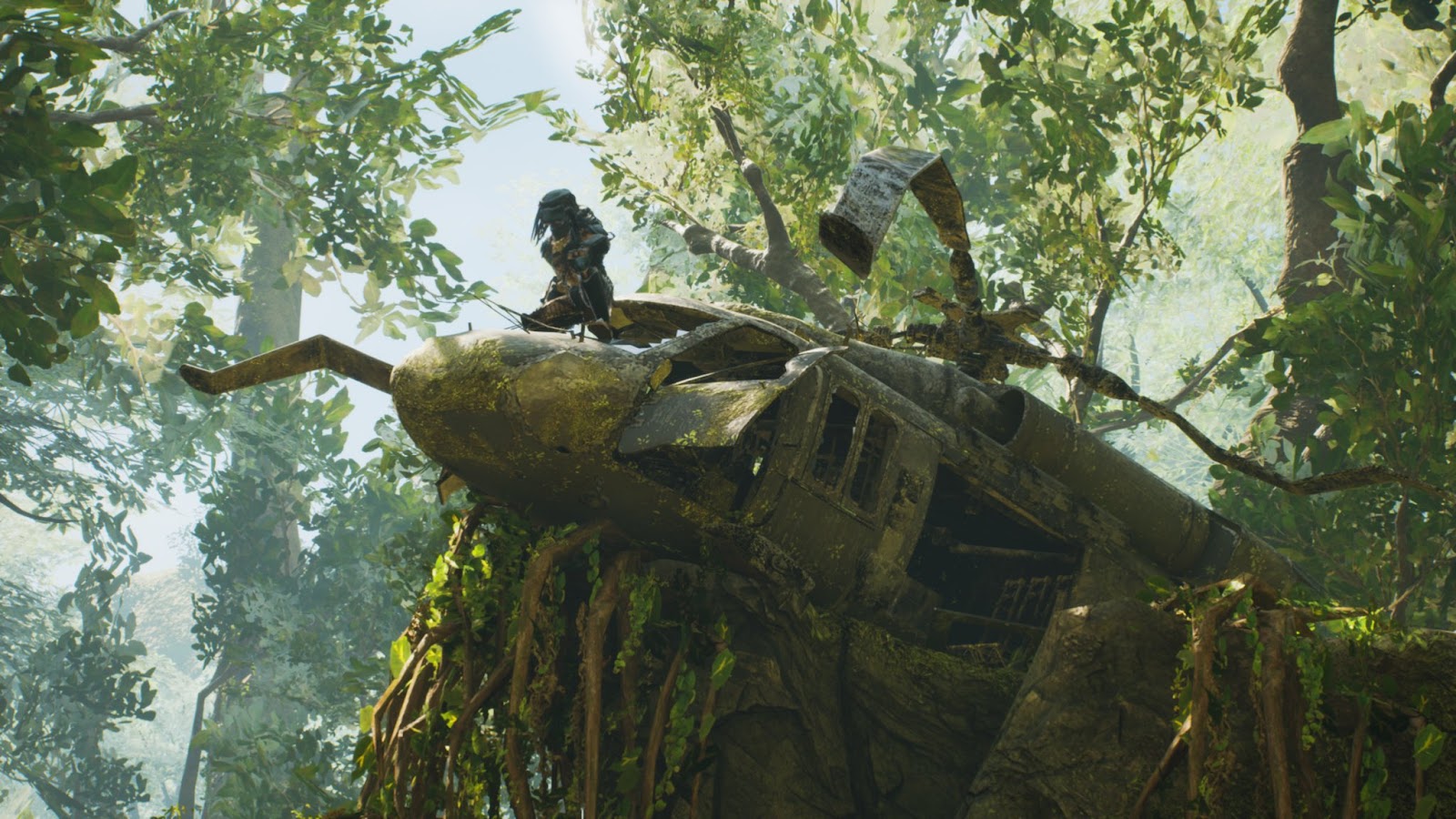 When you set out to take some of these in-game photos, what’s the first thing you do? Do you look at the environment first, or do you come in with an idea and find out how to make it fit?

Honestly it’s a bit of both, sometimes I’ll be playing some matches and notice a location or lighting I think would make for some good shots and make a note to come back later. Other times I’ll have a thought of what might make for a good scene to put together.

Your photos involve using another person as a subject. What kind of communication or planning do you do in advance of setting up a photo shoot?

Thanks to the fan community, I know a number of people who also play Predator: Hunting Grounds. When I want to take some screenshots, I’ll just ask friends if they’re available for a few private matches. As far as planning goes, sometimes there’s a little bit, mainly just telling them what sort of class or custom look I’d like them to equip. I actually had a player approach me once requesting shots of their custom Predator, so in that instance it was more of a collaboration. 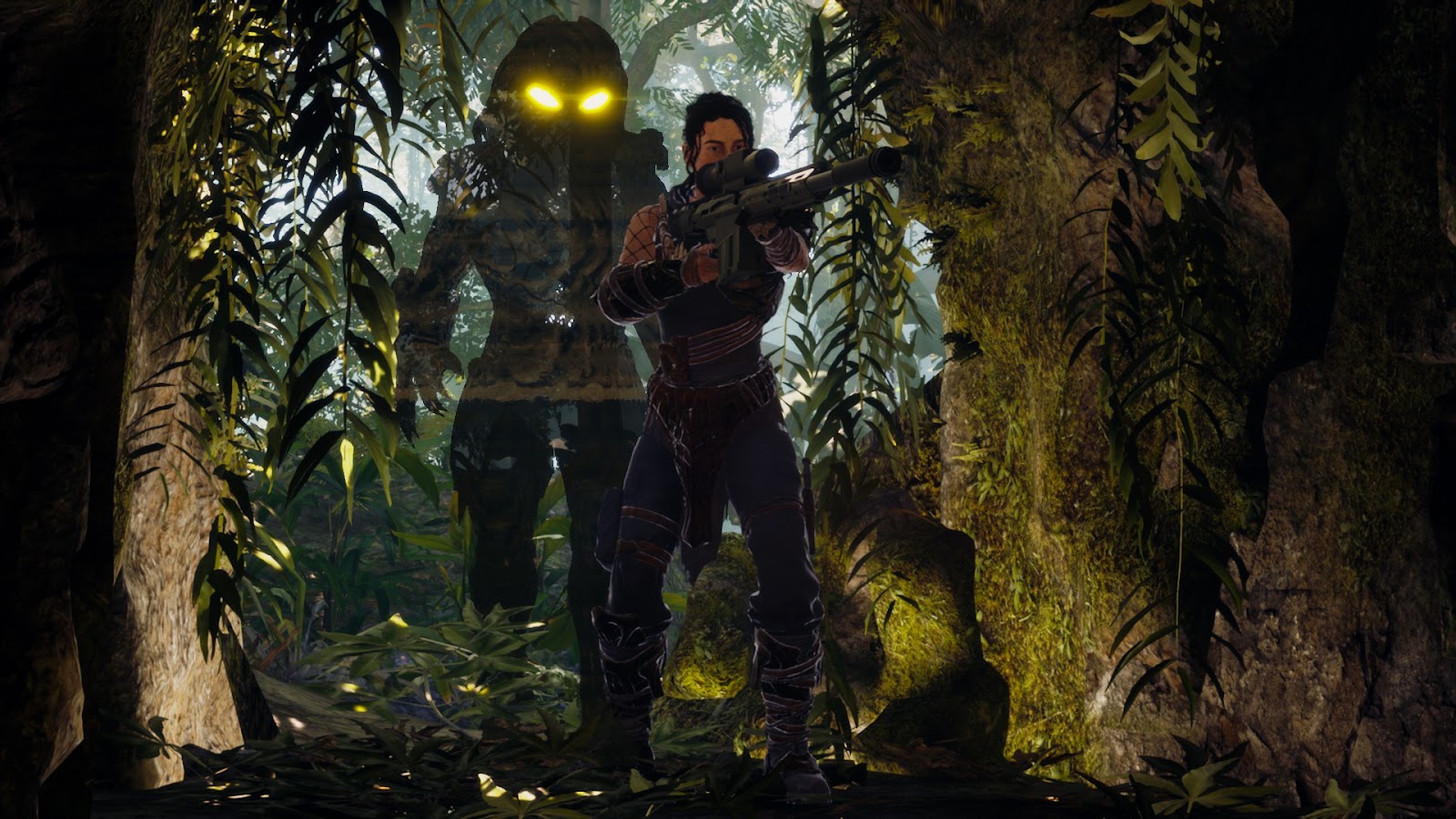 When you take your photos, do you stick to your plan, or do you see what comes up from the creative process and follow that?

If I have a plan, I try to keep it flexible. More often than not though, I’m just running around one of the maps with friends, and we’re trying different things. I’m telling them where to stand, how to pose, or what to do. Typically there is some trial and error before I hone in on something that seems to be working well to me.

In my experience, this is common in the photographic process, real or virtual. It’s a journey to find those shots you’re after, even if you have ideas you’re already set on trying. So I think it’s best to have a general idea that you can explore during the process. But always allow for new ideas to come up at the moment! 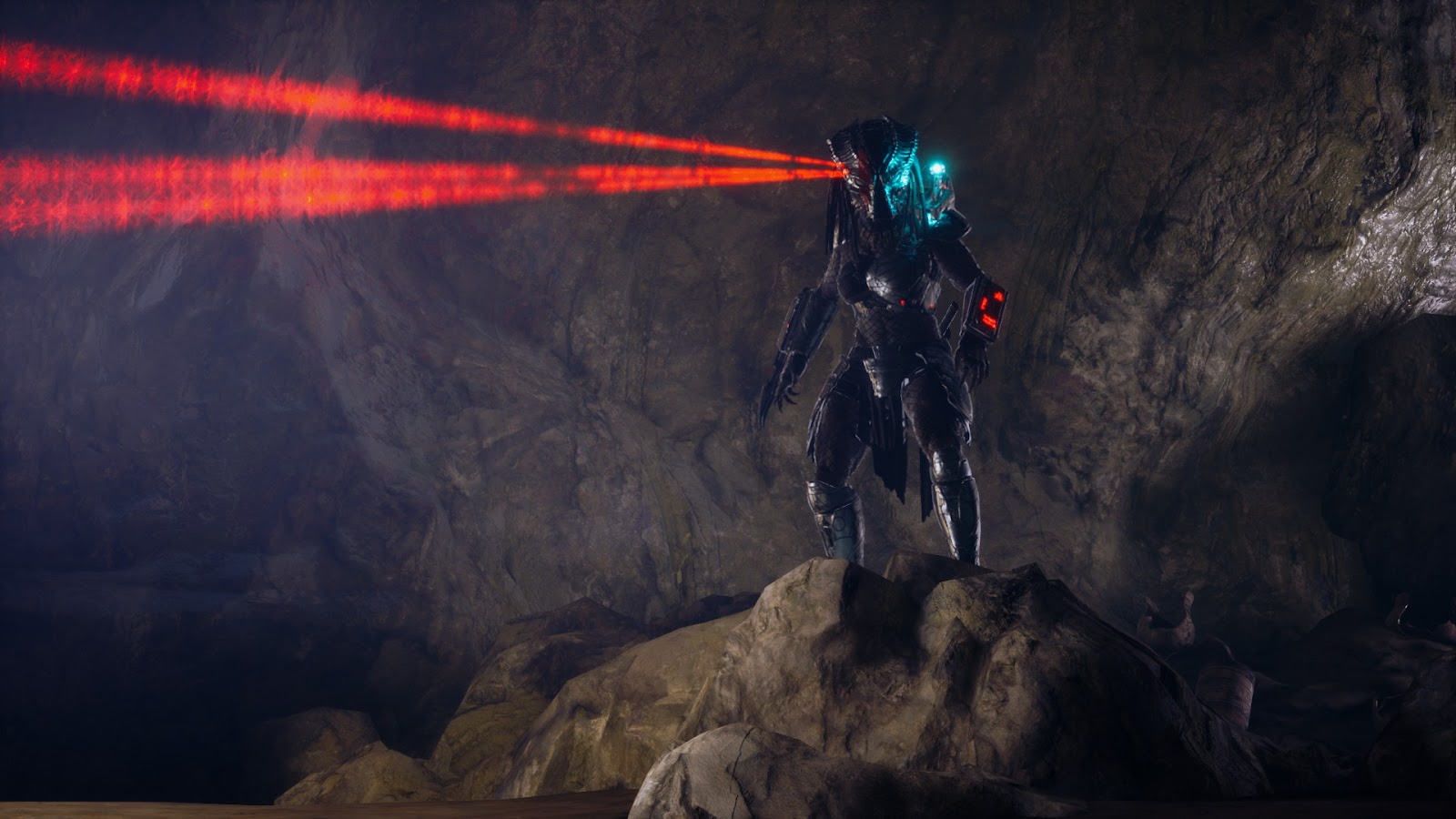 What’s the most important thing you look for when you take these photos or screenshots?

In virtual photography I think composition is paramount. I’m looking at how I can make the subject or subjects look best by framing them in lighting and environments that I think are interesting. In Predator: Hunting Grounds, I also use the weapon scopes as I would camera lenses for different focal lengths which gives a compression of the scene. I find this zoom effect provides a more cinematic look to the images.

So, what would you recommend to someone who just saw your work and was inspired to do it themselves? What is the most important first step to take?

There are a number of online resources and communities for the growing medium of virtual photography. Specifically there’s a guide by The Fourth Focus called “An Introduction to Virtual Photography” that I think is a nice place to start. Most of the same principles for real-world photography apply with virtual, so it’s helpful to explore that as well. Really just study work you admire, study the craft itself, and dive in.

What’s been your favorite shot that you’ve taken so far? 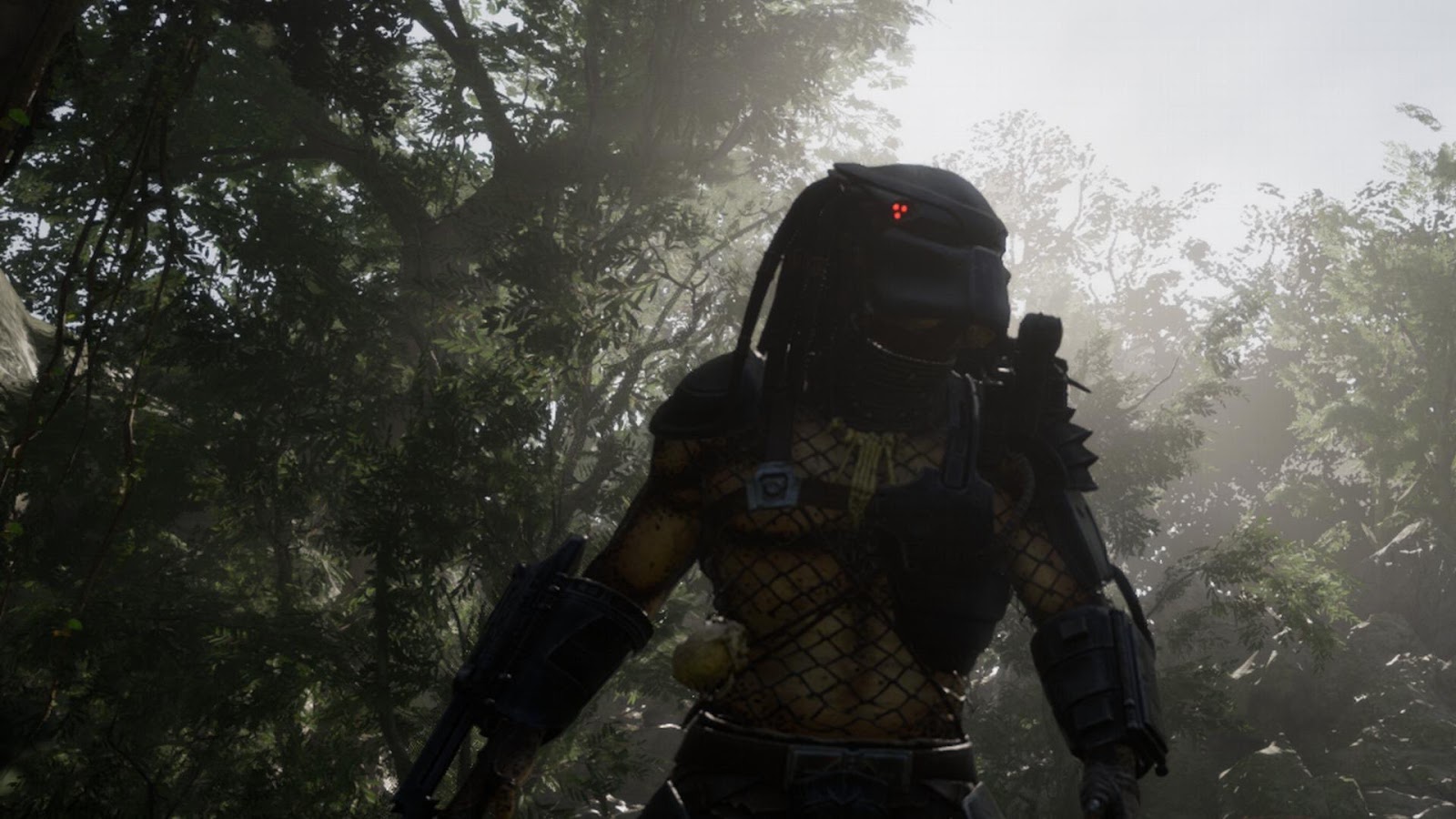 It’s hard to choose because there are so many shots I’ve enjoyed taking in Predator: Hunting Grounds, but if I had to pick, it would probably be this one. This was one of the earlier ones I took when I still had to crop out the HUD. I think it just evokes that feeling of the original film, of being hunted in a dark jungle.

What would be your recommendation for someone who really, really loves something awesome, and wants to share this love with the broader community? What’s the best way for someone to follow in your footsteps and become a leading contributor in what they’re most passionate about?

I think if you’re looking to share what you’re passionate about or your creativity for those interests, get active in communities around those things, either online or in person. Talk to others and build those relationships, but don’t lose sight of what made you interested in awesome things in the first place. Don’t contribute because you want to be a leading contributor, but contribute because you love those awesome things. I know I’m still wondering about those intergalactic hunters I saw in the toy store.

A huge thank you to Adam for taking the time to answer our questions and share some of his work and his experience! Check out more of his pictures below, and also make sure to check out what he’s doing for the Predator community over at avpgalaxy.net! 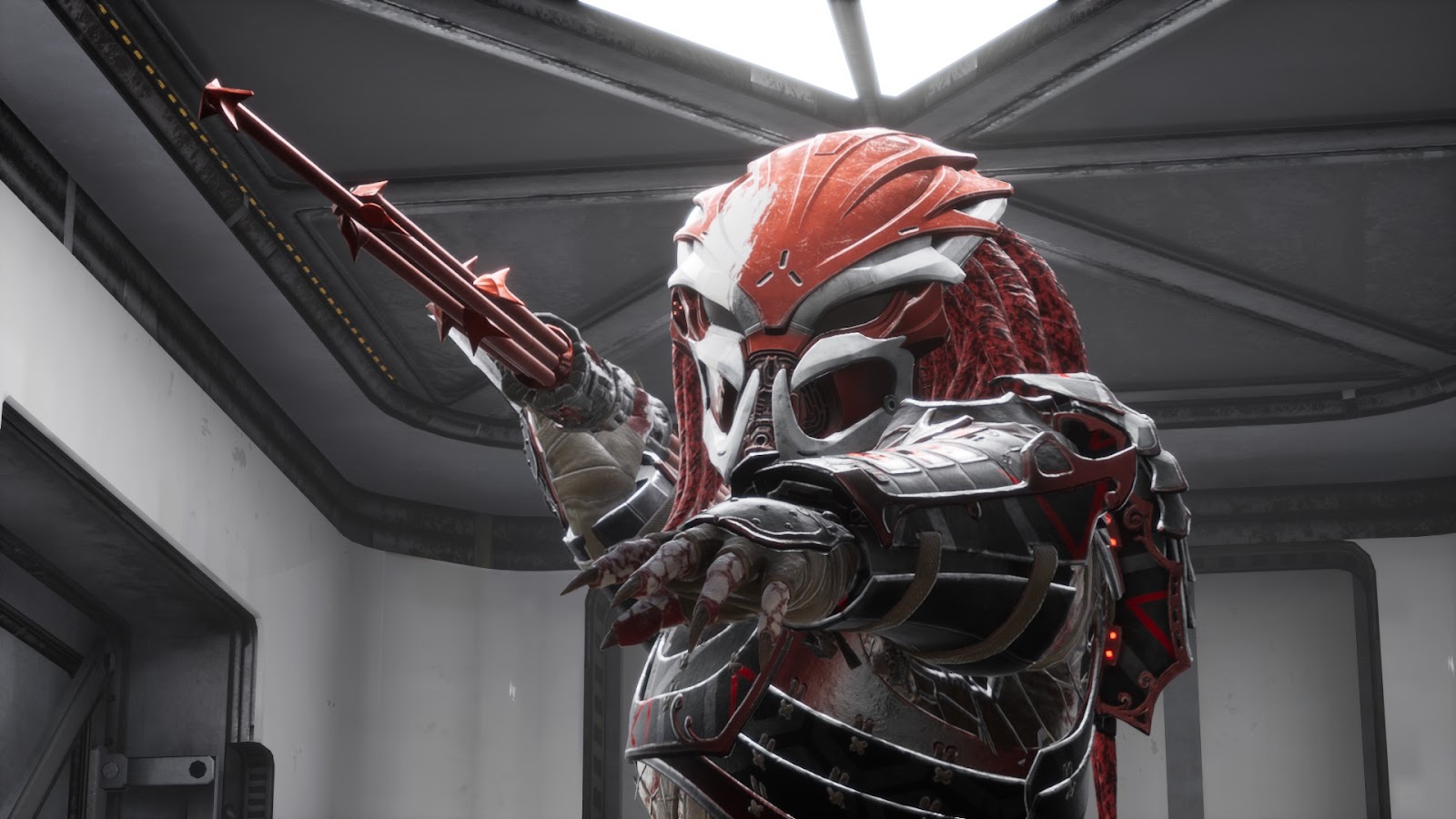 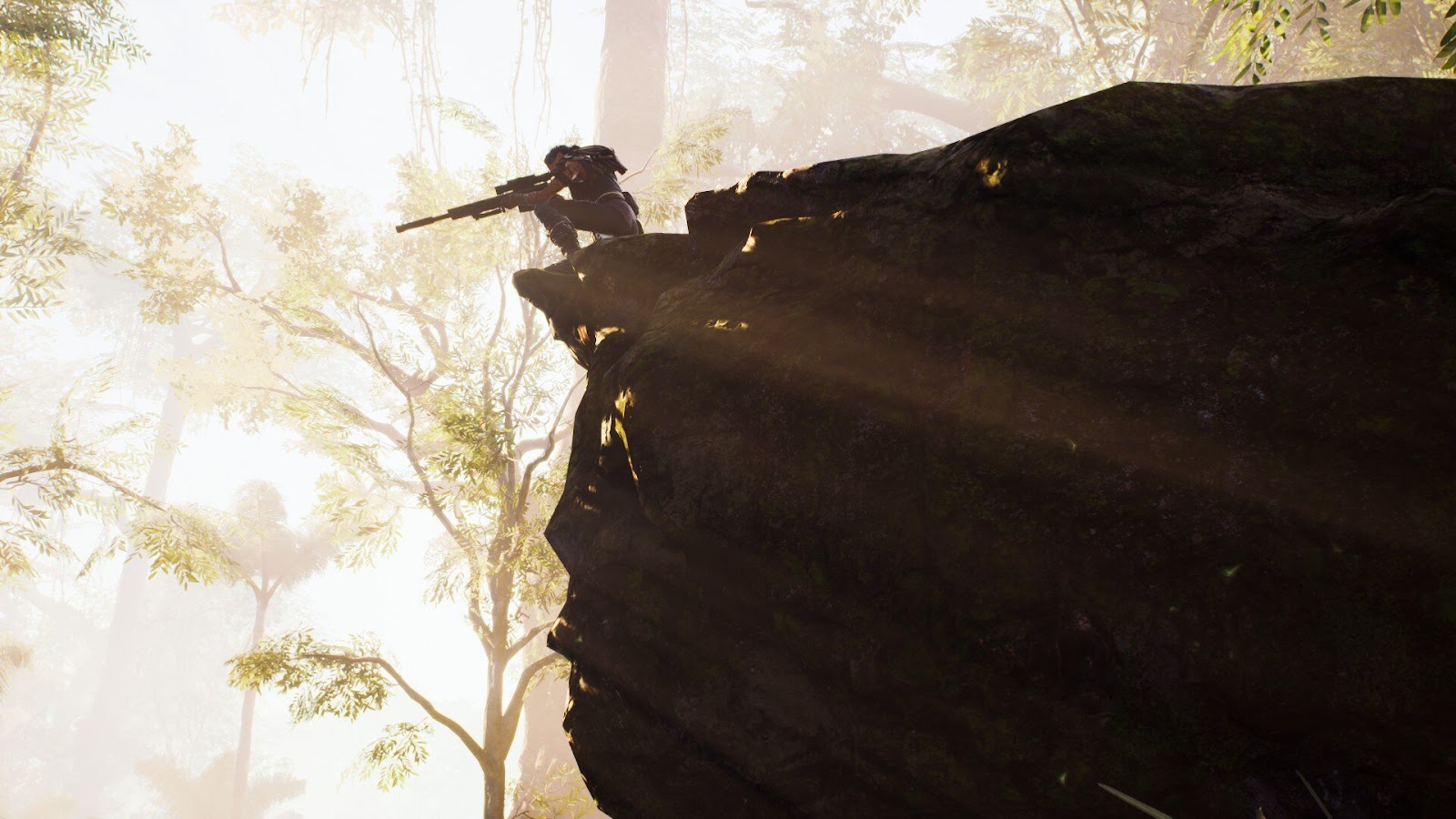 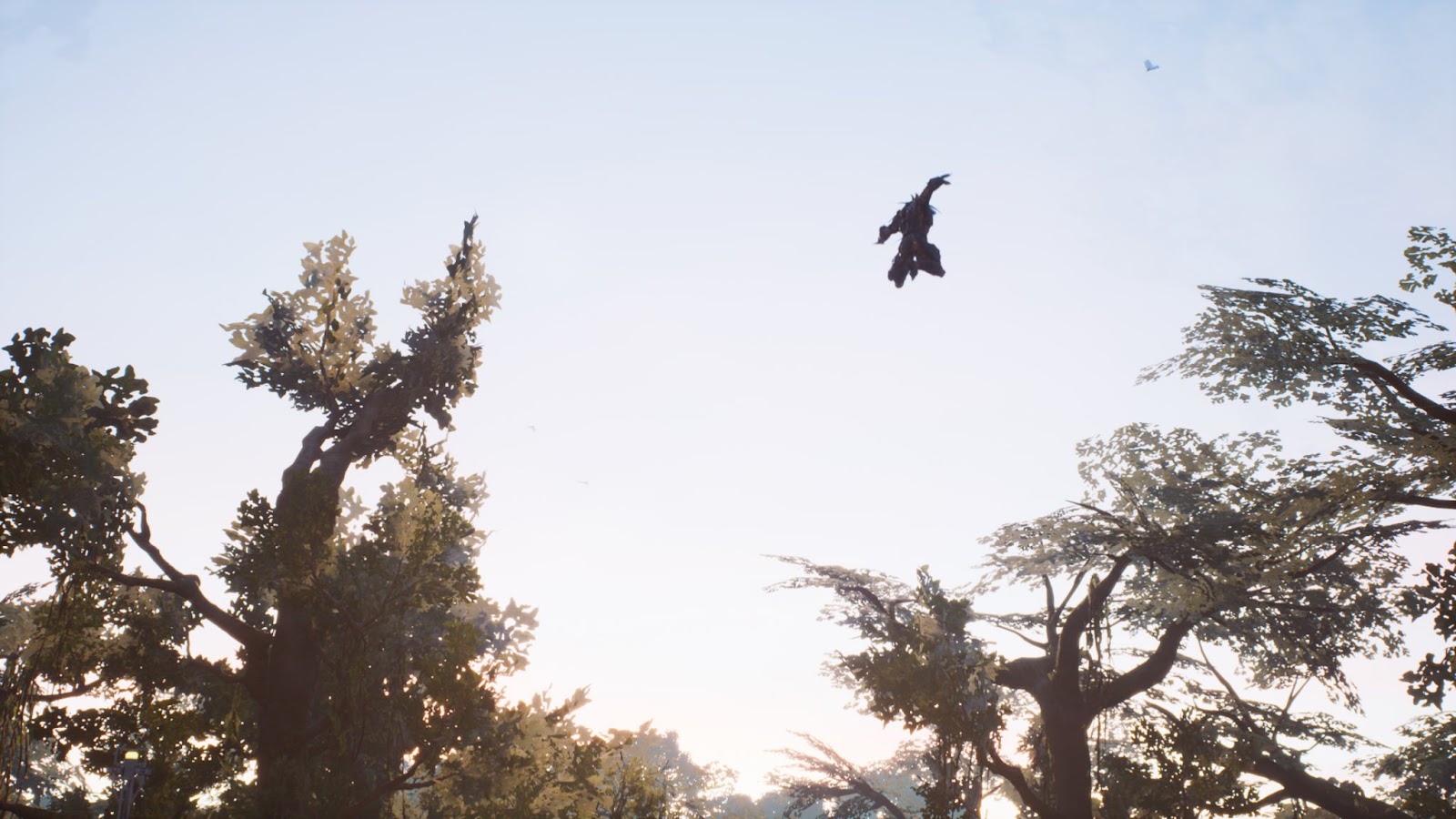 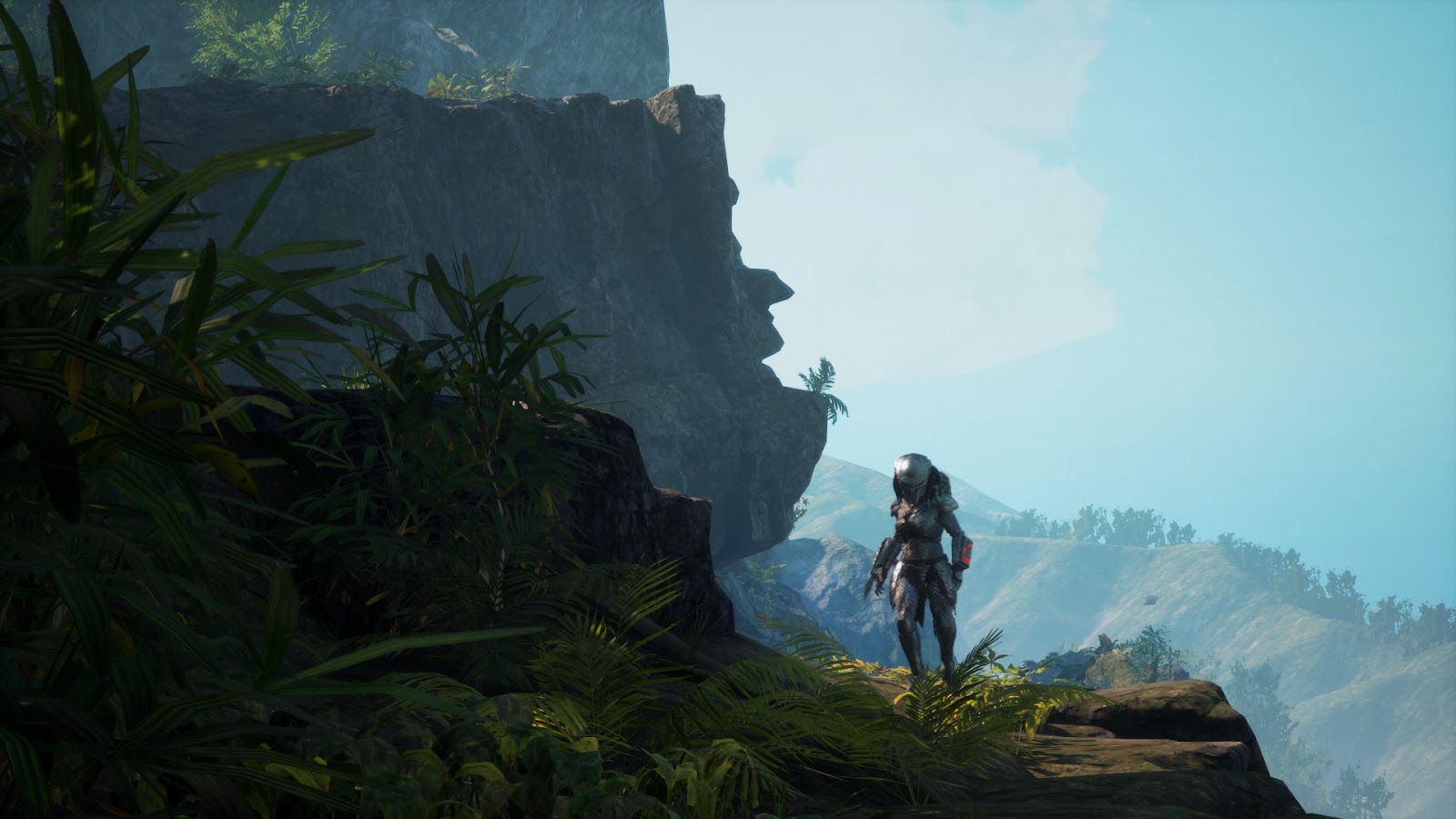 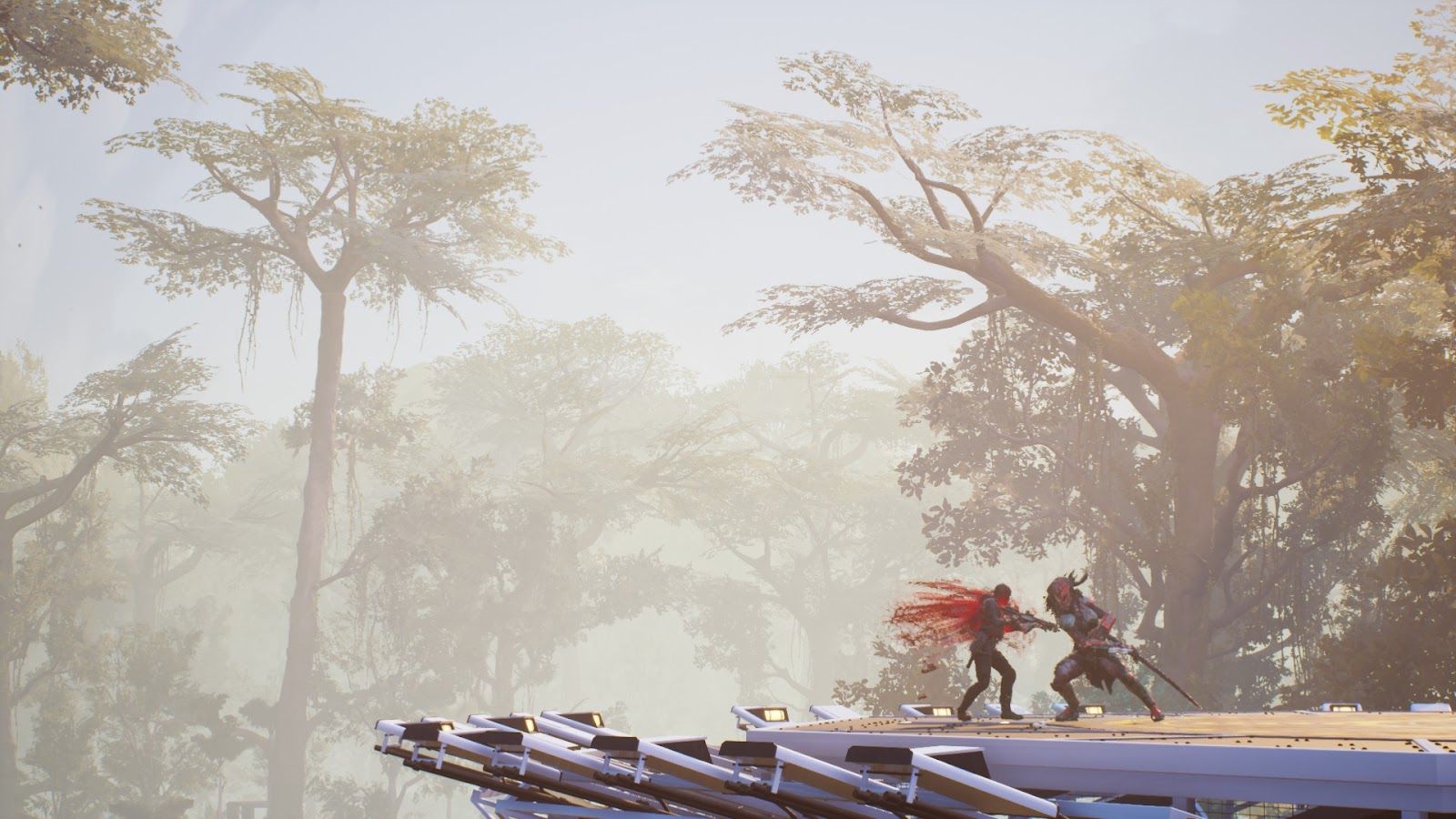 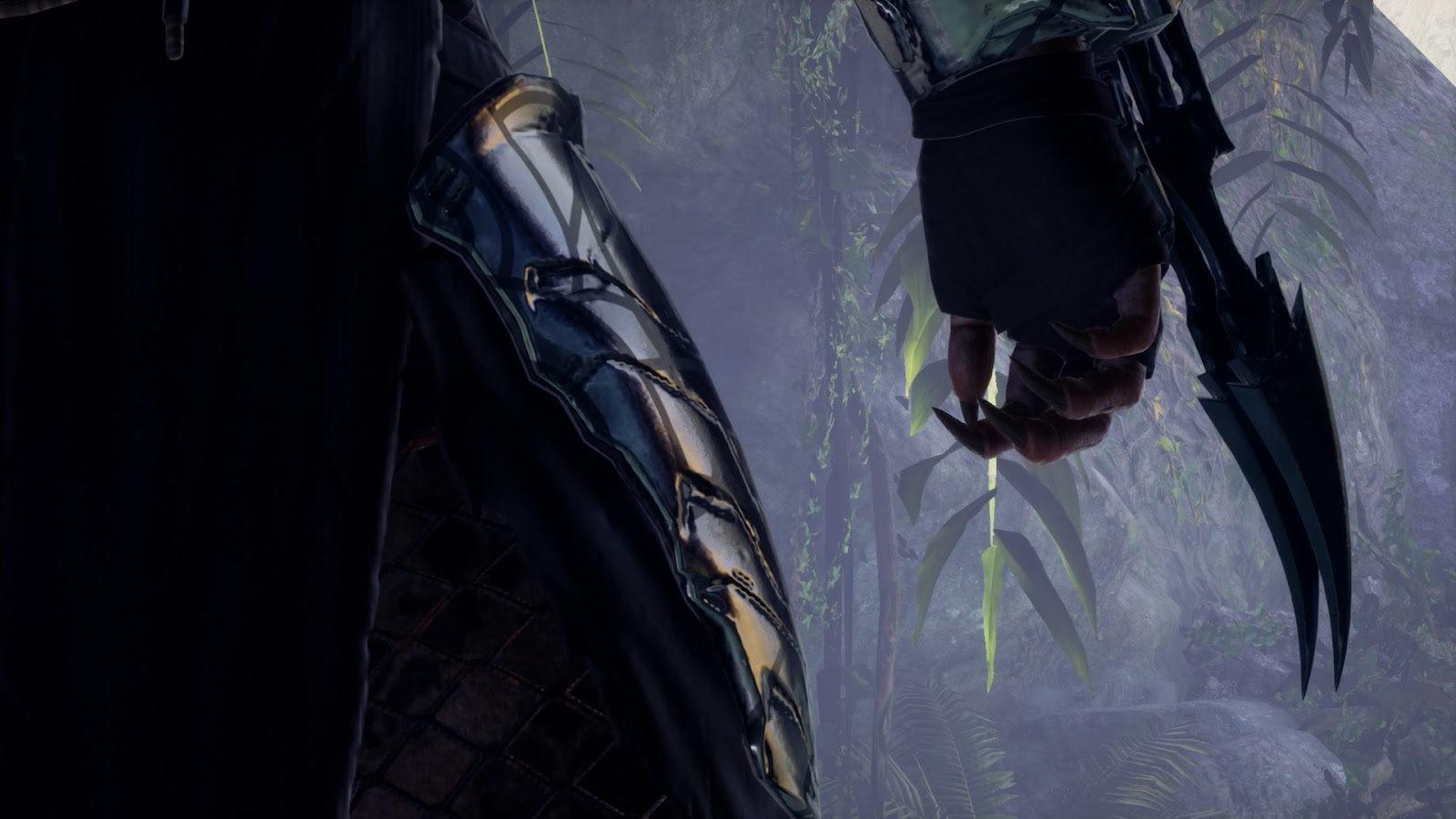 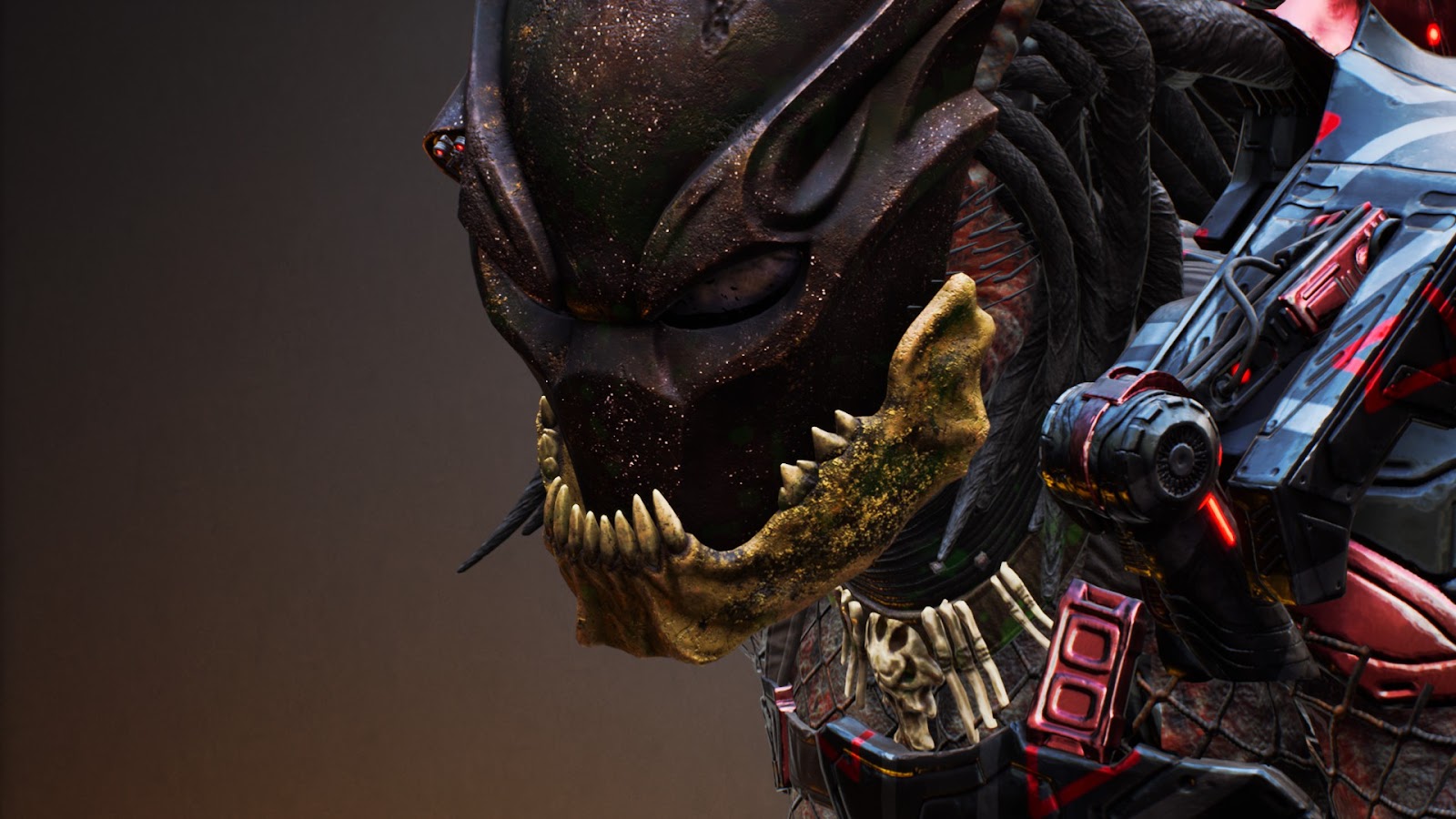